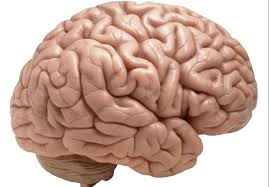 When neurons die, their debris need to be quickly removed in order for the surrounding brain tissue to continue to function properly. Elimination of the neuron corpses, in a process called phagocytosis, is carried out by highly specialized cells in the brain called microglia. These small cells have many ramifications that are in constant motion and are specially equipped to detect and destroy any foreign element, including dead neurons. Or so it was thought until now. This study, publishing May 26, 2016 in PLOS Biology, investigates, for the first time, the process of neuronal death and microglial phagocytosis in the diseased brain. To this end, scientists collected brain samples from epilepsy patients at University Hospital of Cruces and from epileptic mice. It is known that during epilepsy-associated seizures, neurons die. However, contrary to what happens in the healthy brain, during epilepsy, microglia seem to be “blind” and unable to find the dead neurons and to destroy them. Their behavior is abnormal. Therefore, dead neurons cannot be eliminated and accumulate, spreading the damage to neighboring neurons and triggering an inflammatory response that worsens the brain injury.